9 months is a long time in voiceover

9 months of planning and 9 weeks of build time and my new voiceover studio is finally open for business!

A fully equipped, professional soundproofed voiceover studio had been on my list of goals since I started in voice over so it’s a very overwhelming feeling to finally be sat in one 6 years later. There is something about seeing a dream physically manifest itself right in front of your eyes that’s different to less physically tangible achievements. Being able to run my hand over the walls of the new studio fills me with an almost overwhelming series of emotions; pride, happiness, excitement, nervousness, trepidation all at once!

First I’ll cover the technical details before I wax lyrical about the psychological benefits of having a dedicated voiceover space!

To construct this studio I worked with two companies, EQ Acoustics and their building contractors CM Contracts. I cannot commend EQ Acoustics and their team highly enough, they were professional, knowledgeable beyond question, perfectionists, dedicated and took a genuine pride in their work. If you are looking to get a studio built there is simply no-one better! Before my project the team had just finished fitting out the new studios at the University of West London which runs the biggest sound design course in Europe. Like every other of my business decisions I wanted to work with the best I could find for my budget. If you want to work with them (and you should!) you can contact EQ Acoustics at info@eqacoustics.com

The building is made from many layers, as is the key to stopping as much sound as possible. The picture below shows the composition of the floors and wall:

The other tricky part of any voiceover studio is putting massive holes in it like I did for a window and a door (ok, the door is probably a necessity). For this we used two doors, the first being a 40kg solid oak door and the interior door being a heavily re-enforced fire door with acoustic dampening material attached, this weighs almost another 40kg. For the windows a similar technique is applied, first an exterior double glazed window, then an enormous air gap (also key to sound proofing) followed by an interior pane at an angle to deflect the sound.

In addition to this there is also spectrum paneling on the ceiling, this helps flatten the sound of the main room and act as another layer of absorption, the panels pictured below are used in the BBC and Dolby studios as well as other high profile voiceover studios.

Finally I have then have my original voiceover booth in the studio which adds another layer of sound reduction and importantly gives me a specifically treated area for a nice flat sound to be treated as per the clients need.

All in all the result is extremely impressive, check out this video below to show just how well sound is kept in and out of the studio.

Now on to the less tangible benefits! Having a creative space dedicated to your craft is quite simply, liberating. The freedom to explore your voice without interruption is priceless, as is the ability to schedule client recordings without ever having to worry if it’s going to be interrupted by noisy neighbours or leaf blowers. There is also the feeling of professionalism that comes with having your own studio, it fills you with confidence, something that’s extremely important if you want to survive in the voiceover industry, which can be hard at times!

I encourage all of you to create your own space at home that reflects your personality, your hobbies, and your sources of inspiration. I know not everyone can have a voiceover studio at the bottom of their garden but even if it’s just a cupboard, take a space and make it your own.

So, what was the price tag for this I hear you ask? Well, it’s not cheap! To clear the site and get everything built to the finished product was £45,000 (that doesn’t include any of the equipment inside). Yes, it’s a lot but it’s also a very high spec studio, you can do a lot with less and to be honest if you’d told me 6 years ago, hell, even 2 years ago that I’d be sat here now I would have laughed it off. 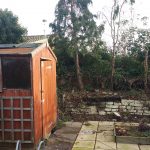 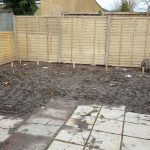 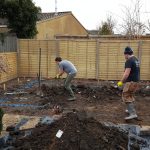 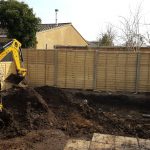 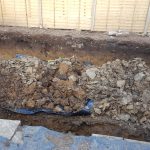 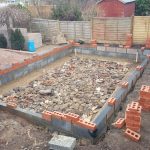